Some days are just really good days.  My day at the 2017 Hell Hath No Hurry (HHNH) 50 Miler was one of those days.  There were all the things that you would want out of a good day on the trails for an ultra - a fun runnable course, great people, great organization, perfect weather, and just enough slop (mud) on the course to add a healthy sense of adventure to your run.  Throw in a solid day of running where nothing really went wrong, and you can't ask for much more.  Final result:  49.25 miles, 6k of gain, 10:29:57, and third place overall.

I came to HHNH in my search for a "training 50" in preparation for my first hundred miler at the North Downs Way 100 in August.  My first choices were the Midnight Boogie or the OSS/CIA which would have been 8 weeks out.  But alas life got in the way of those plans.   As fate would have it, a planned trip up to Pittsburgh to see my in-laws coincided with HHNH.

HHNH is a multi-event trail race put on in Settler's Cabin Park in Pittsburgh, PA.  It consists of a 50 mile, 50 mile relay, 50k, 30k, and 10k.  Races are staggered throughout the day with the intention of everyone finishing in the same window of time.  I was worried that the trails might be too crowded but was pleasantly surprised at how other than some extra mud-prints on the trails, I hardly noticed.  The course is a single 10k loop with about 750 feet of gain per loop, and a very well stocked and enthusiastic aid station at about 3 miles.  Even on a muddy day the course felt fast for a trail race.  The best way to describe the course is that each half of the course consists of about 2.5 miles of downhill and flat running, followed by about a half mile of climbs.  The final 200 meters or so is a nice and easy downhill that makes you feel strong and look good as you come across the timing mat to finish your lap.

Posted by Unknown at 9:26 PM No comments:

This is the story of how I set out to run a 100k race; ended up with a DNF; and yet, I am very happy with the experience and the accomplishment. 32 miles, 9k feet of elevation, and 8 hours of beauty, suffering, and fun that only an ultra can provide. Endeavoring into ultras for me is all about maximizing my human potential. The races and events themselves are benchmarks for where I am on that journey any one point in time. My Canyons 100k is a fantastic marker of what I have accomplished and what more I can do in the future. 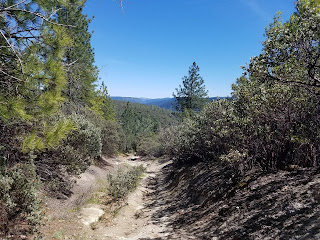 Ultimately, we all reap what we sow. I did not put in the training block that I needed to effectively complete the 100k. In the three months prior I completed 1 50k, 2 Marathon distance, and another half dozen or so 20+ mile runs. I lacked the back to back training runs and the elevation work-which you can’t expect to skip and function effectively on the Western States trail.

Despite being under trained there is a real sense of accomplishment in making it to the starting line. Due to injuries over the last year+, this was the first ultra in 16 months that I was even healthy enough to stand at the start line. The choices I made to skip or shorten workouts all revolved around keeping my body healthy and keeping my family’s priorities front of mind. My training was also complicated by the fact that we went through the process of selling our house, buying a new house, with moving day happening 1 week before the race (a restful taper I did not have!). Going back to the idea of “maximizing my human potential” these things are a big part of that formula as well.

These were the thoughts that began to swirl through my head climbing out of El Dorado Creek up to Michigan Bluff. As the decision to drop began to solidify, I noted that I wasn’t thinking about what I could or couldn’t do – I was contemplating what I wanted. The ultimate reason that I was not prepared for the challenge of the day, is that I prioritized family over training. Realizing that, it became crystal clear that I did not want to in some way punish myself by grinding out the next 32 miles for another 9+ hours. Not to mention my wife (she was running the 25k) and I were on a little kid free weekend and had a fun day planned in San Francisco for Sunday. Once all those things came into focus, stopping at 50k became a pretty straightforward decision. 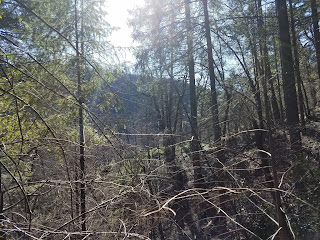 For those interested in notes on the course itself and more specific race comments:

Bath Road to Volcano Creek – Pretty straightforward downhill start. Things were a little crowded and a bit of a conga line once everyone matriculated onto the trail. While crowded everybody was good tempered and moved smoothly down to the creek. The two slack lines for the crossing worked great. I crossed with little wait. I opted for the upper crossing which was deeper, but actually felt really good.

Volcano Creek to Michigan Bluff – The climb here was more of a parade than anything else. Still too early for there to be much separation and difficult to pass.

El Dorado Creek to the Pump – this is where things started to point in the wrong direction for me. As would become a theme for the rest of the day, I just couldn’t stay attached to a train of runners. At 4.5 miles of climbing, this presented a challenge for me in duration. Nonetheless I hit the Pump at a little more than 3 hours which was still within race plan.

The Pump > Swinging Bridge > The Pump - The decent to swinging bridge is the most technical of the first half of the race. Combined with runners coming up from the turnaround, it was difficult to find a consistent rhythm. The climb back up to the pump is when I knew I was in trouble. The climb up devil’s thumb is just brutally intense.   Leaving the pump at about 4.5 hours, I felt good about the prospect of  making some time up and building momentum for the second half of the race. 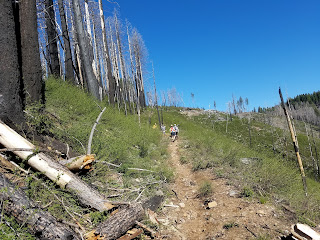 Pump > El Dorado Creek was a great run and for a little while felt like I was going to be able to piece together a nice recovery and build some momentum. However about 3.75 miles into the 4.5 mile decent my left ankle started to revolt from the cumulative stress of navigating the terrain for the day. Thousands of micro-sprains turned into one painful ankle which forced me to walk the remaining decent.

El Dorado Creek to Forest Hill – Not much to report here other than a lot of hiking. The only areas I was able to consistently run were the flat areas which were few and far between. At Forest Hill, I pretty much confirmed I was done for the day. I took an extra 15-20 minutes sitting in a chair refueling and resting to confirm that I just wasn’t lacking calories. My body was trashed. I certainly could have gone on. On this day however, I just didn’t want it enough.

The day was in my book a successful failure. I had a great day. I overcame life and training challenges to make it to the starting line to see what I had. 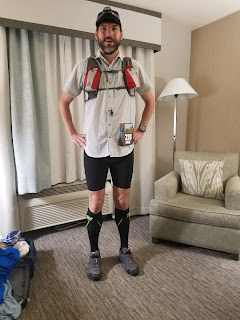